There are many misconceptions about raising children who speak more than one language (bilingual). Although parents may at first have concerns about teaching their children multiple languages, there are many benefits of being bilingual. 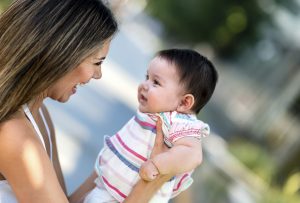 Here are answers to common questions about raising a child who speaks more than one language:

Will raising my child in a bilingual home lead to speech and language delays?

There is no evidence that learning more than one language at an early age causes language delays. Bilingual children will reach major speech and language milestones at the same pace as their peers, with children speaking their first words around 11 to 14 months.

Is my child confused if they are mixing languages, using words from both languages?

Mixing languages (also called code-switching) is a normal and natural part of growing up bilingual. Early on, children who speak two languages may not have an advanced vocabulary in one language and will draw words from another language. This is common for children who grow up speaking two languages in their home, and for children who attend immersion schools to learn a second language. Young bilingual children may also switch languages, because they are sensitive to their social environments and will often speak the language their listener knows best.

What language should I use at home?

At home you should use the language you are most comfortable with when talking to your child. This will provide your child a strong foundation for learning any language. Parents should not worry about using a native language in the home that is different from the one spoken outside the home (majority language); for children who speak multiple languages this gives them the opportunity to practice all of their language skills.

Can my child with language or learning difficulties learn more than one language?

Related Articles
How Your Child Can Benefit From Having a Pet
Is Baby Not Meeting Their Milestones? What To Do Next
Baby’s Babbles: What is Babbling and When Will It Start?

Encourage Your Baby to Talk By Narrating Your Day

Do Twins Reach Developmental Milestones At The Same Time?